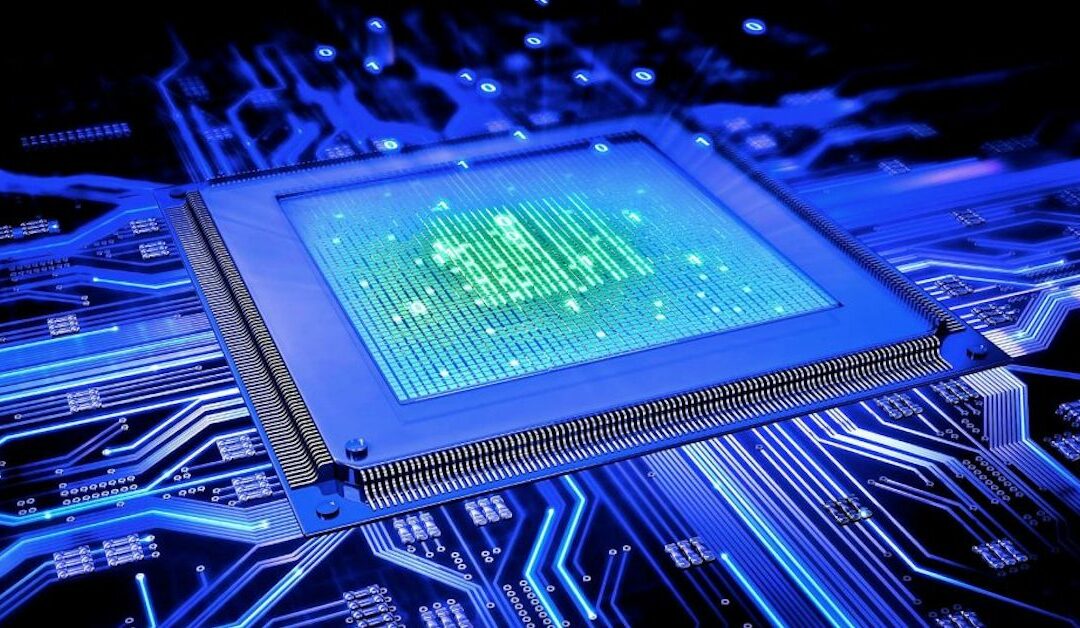 Gallium Nitride (GaN) was discovered in 1875 by French scientist Paul-Émile Lecoq de Boisbaudran. Research into GaN continued culminating with the growth of single-crystal films of GaN in 1960. However, it was not until 2010 when GaN products first became widely available for sale.

The properties of GaN have made it a leading candidate to replace SiC-based (silicon carbide) transistors, especially concerning power conversion. Compared to SiC, GaN-based devices can deliver increased energy efficiency, higher temperature operation, and produce less heat. ”The ability of a GaN to operate at a high switching frequency can reduce the size of energy storage components in the power circuit thereby scaling down the system form-factor (see Pushpakaran, Bejoy, et al, “Commercial GaN-Based Power Electronic Systems: A Review”  in Journal of Electronic Materials, Vol. 49, No. 11, 2020, p.6260). These characteristics help contribute to GaN devices that require less space resulting in more compact devices and faster-charging cycles.

Most of the challenges associated with the early implementations of GaN devices, such as reliability, supplier diversity, and production capacity have been solved. However, the cost of GaN devices has become an oft-cited impediment when looking to understand the future of GaN as a replacement for SiC-based products. For example, in 2012 a 2” inch GaN substrate was priced at $1,900 (see Anzaldua, Antonio, “GaN Transistors for a Dollar? GaN Overcomes One Major Setback” All About Circuits, 16 August,, 2021”). Some of the pricing disadvantages of GaN are due to its lower volumes shipped, given GaN’s status as a challenger to the mature SiC technology. This disadvantage is rapidly declining as improvements in Chip-scale packaging technology will help reduce the price of low-voltage to GaN $1.00, making it less costly when compared to a similar SiC device. Also, many next-generation devices used in 5G and 6G networks do not have a SiC equivalent and will require GaN components to operate, driving production and demand and lowering costs.

In the smartphone market, the bill of materials dictates pricing, which is a significant driver for purchasing decisions in the mass market. At the same time, poor battery performance and long lengthy recharge cycles have been consistently cited as an area in need of significant improvement throughout the portable device market. The combination of power efficiency, size, and heat reduction coupled with pricing will help push GaN past SiC. 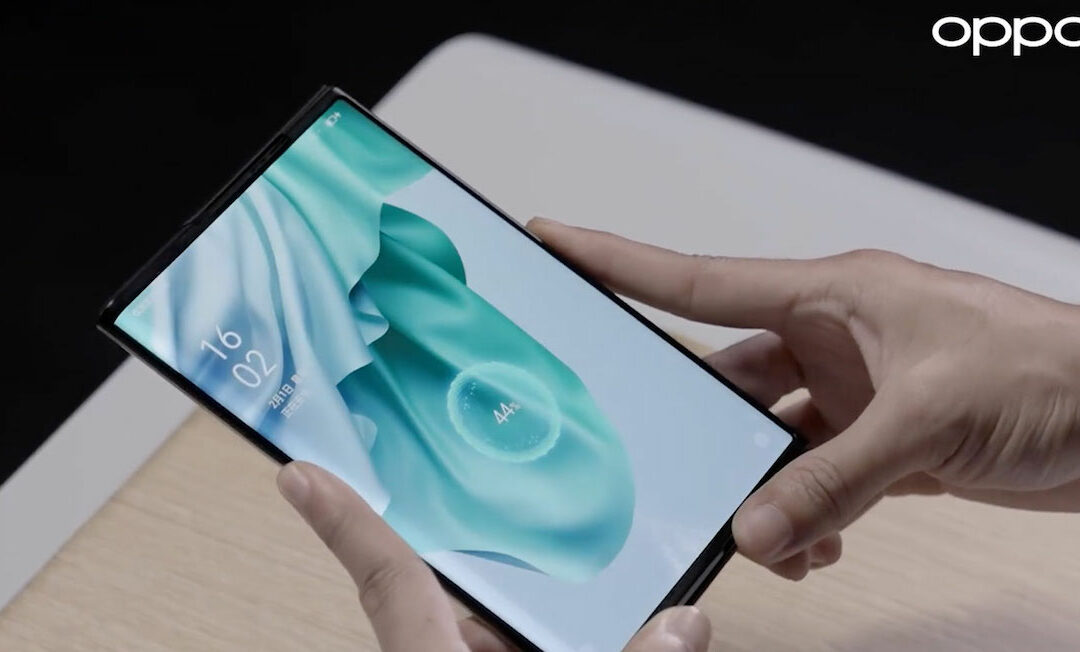 In February 2020, due to concerns about the COVID-19 pandemic, the GSMA canceled its annual Mobile World Congress (MWC) trade show and conference. With the advent of vaccines and declining infection rates, on February 23rd, GSMA launched MWC Shanghai 2021, heralding the return of large in-person events. The event featured the expected announcements regarding the latest mobile technology, including 5G, IoT, new smartphones, and regulatory initiatives. Surprisingly, there were also several product announcements focused upon wireless charging.

In partnership with Oppo, Chengdu Sprouting announced at MWC Shanghai 2021 the upcoming release of a smartphone powered by AirFuel Resonant. AirFuel Resonant is a mature technology with mature technical specifications, a proven testing and certification process, and early products have already proven in-market, making it an ideal solution for multiple applications, including smartphones.

Oppo demonstrated its “Wireless Air Charging” functionality in the company’s booth and through an official video featuring an Oppo X 2021 rollable concept phone (announced in November 2020) placed on a wireless charging pad. Even when lifted or tilted in various directions, the device charges successfully as long as it is within 10cm of its charging pad. The critical feature drawing industry and media attention is an experience that is truly wireless – freeing users from the requirement to place devices with a millimeter level of precision or using magnets to align devices with coils. Using Magnetic Resonance, Oppo claims that its Wireless Air Charging Solution can deliver 7.5 watts of charging power. The debut of this wireless charging solution indicates we have reached a stage where the technology is ready for integration into mainstream consumer products.

The debut of Oppo’s wireless charging solution suggests that the industry has reached a stage where the technology is ready for integration into mainstream consumer products. However, it is important to place the product within the context of the announcement. First, Oppo has made it clear that the phone and its charging technology are conceptual, and the company has not announced a release date for either product. Second, the ability to charge the phone while hovering within 10 cm of the charging pad is laudable but is not the endgame but rather a stop along the technology adoption curve.

Both Motorola and Xiaomi also demonstrated air charging solutions using RF-based wireless power at MWC Shanghai 2021. RF technology is governed by safety regulations that limit the amount of power that can be delivered. RF technology is maturing rapidly and a number of products based on RF wireless power have hit the market and have passed all appropriate regulatory requirements.

Xiaomi’s solution, known as the Mi Air Charge, is a 5W charging system that uses 144 antennas in the base station known as the pile sending millimeter waves to a phone, which receives them on a 14-antenna array inside the device. The device antenna array converts millimeter-wave into electrical power via a rectifier circuit. Xiaomi has yet to announce a released date, a phone that is compatible with the charging system or specifications. 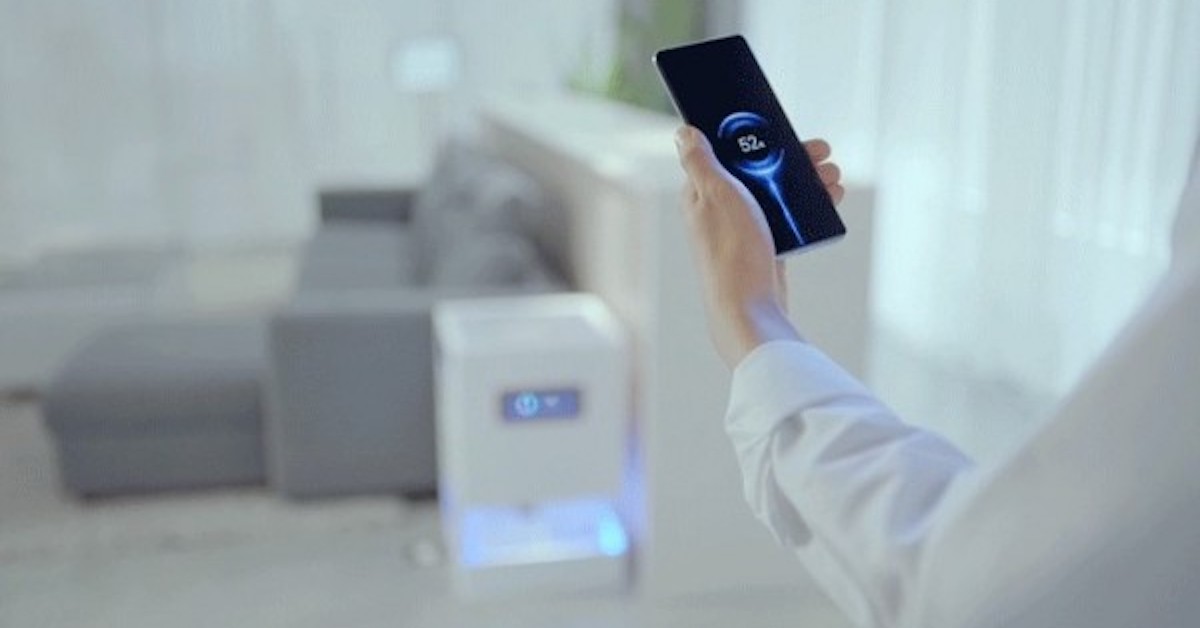 Answering the challenge from Xiaomi, Motorola announced an RF wireless charging system that it claims could charge phones from as far as 100cm away and charge multiple phones simultaneously. Known as the One Hyper, Motorola demonstrated its solution on Weibo, charging two Motorola Edge phones placed at 80cm and one at 100cm. During the demonstration, someone’s hand was placed in front of the charging One Hyper hub, which caused the immediate cessation of charging.  Similar to Xiaomi, Motorola did not provide a release date or specifications.

In 2021 and beyond, we look forward to seeing many more products come to market utilizing next-generation wireless power solutions.  The solutions demonstrated at MWC Shanghai 2021 clearly hint at an exciting future for wireless power. However, the wireless power industry should realize that announcements that provide demos that elicit oohs and aahs from the audience need to deliver working products to market. This is no easy task given the technical challenges but every product that goes nowhere or is vaporware makes it difficult for the industry to move forward.